0
Freespace — A Temporary Space for a Lasting Change 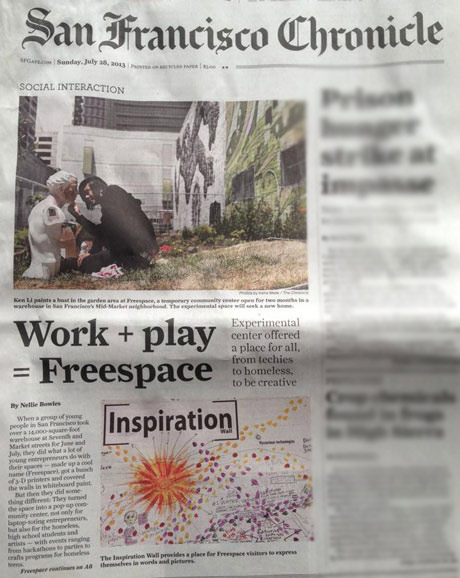 Last May my friend Kyle Stewart, Executive Director of ReAllocate, came to me last May and asked, “what would you do with a 14,000 square foot warehouse in the heart of San Francisco?” Assuming this was a loaded question I first asked him how much it would cost. He assured me that it wasn’t a concern of mine and told me to grab my tools because we had work to do.

It turns out that our friend Mike Zuckerman had secured a warehouse at 1131 Mission Street for just $1 for the month of June to conduct a civic experiment. A ‘culture hack’ as he refers to it; repurposing otherwise unsused or private properties for different uses then they were intended. For me it was about creating a modern day community center run by hackers, completely based on merit, not money. If you could swing a hammer, paint a portrait, program a computer, or organize a coup you were given a canvas in which to experiment.

Much like how children rally together to build a treehouse with no reservations, we did the same. This all happened so fast and there was no time to fuss over governance, planning, and structure. Traditonal democractic process was thrown out the window and its place we were left with an adhocracy. Where immediacy, merit, and vision collide. 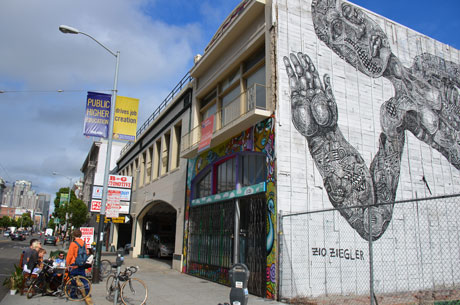 And so, starting in June the great experiment began. For the entire month the place was hopping with excitement from ten in the morning to ten at night. There were free yoga classes, free drawing classes, and free dance classes. There were artists painting murals on every flat surface you could find and hackers soldering away at LED light projects. Artists were working with entrepreneurs and the homeless were interacting with computer programmers. Everywhere you looked you would find people mixing ideas and cultures.

After only a few weeks of being open, we realized that one month just wasn’t going to cut it. In true Freespace fashion, we gathered a headless team of volunteers together to start a crowd funding campaign and media blitz to raise $24k to pay the full rent the following month. Sure enough, we had enough press coverage and touched enough people that we were able to raise the money and continue our experiment.

Fast forward 6 months later to today, Freespace in its original incarnation is gone but the idea is spreading. One just opened up in the heart of Paris and the city of San Francisco gave us a grant to do another one on Market Street. In only 6 months the conversation has changed from us begging and pleading for space, to now where building owners are contacting us to activate their vacant spaces. Requests are coming in across the globe as the idea and the vision spread, farther and wider than any of us ever imagined.

Mike has now made it his mission to help foster its growth and he is currently on airplanes every week to do just that. So if Freespace or Mike comes to your city or town, please stop by and say ‘hi’.